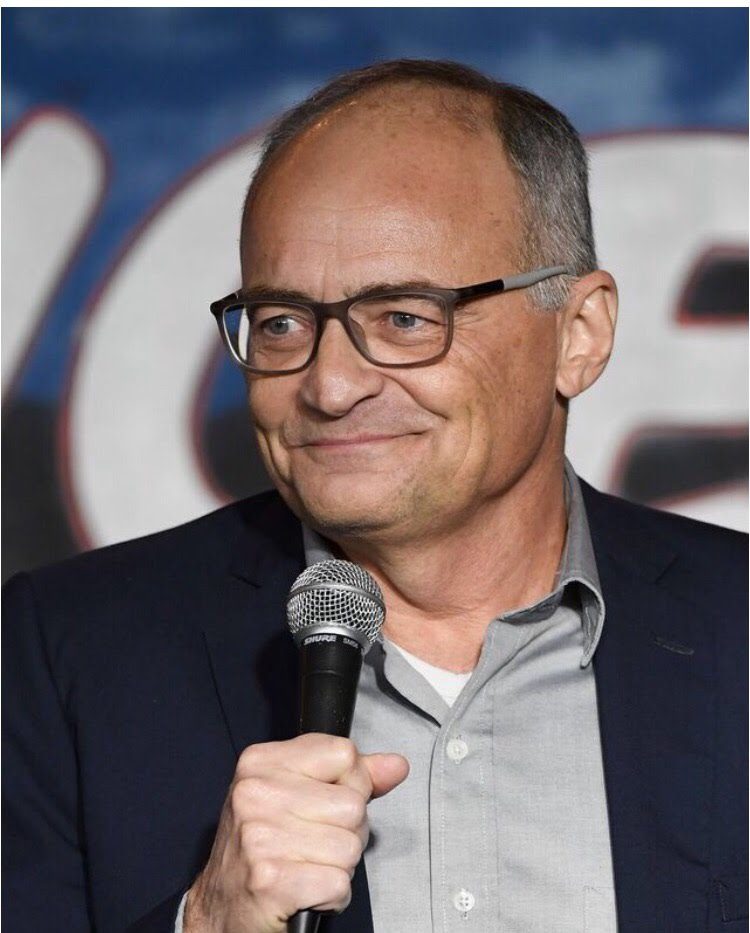 If the Pacific Northwest had a Mt. Rushmore of Comedy, this man’s head would be on it. Brad opens for some of the biggest names in show business, performs all over the country for numerous corporate events, does 8-12 weeks a year all over the world on cruise ships, opens for the legendary Johnny Mathis and performs at a handful of clubs and casinos keeping his schedule very full.
In June of 2018 Brad went viral around the world! Dry Bar Comedy posted a video on Facebook and it had 36 million views in 10 days. They quickly followed with another and they combined for 47 million views in 11 days! His CD shot to Number 1 on the iTunes Comedy chart. Brad’s Dry Bar Comedy videos currently have a combined 170 million views! Needless to say, he’s much in demand!
Brad Upton was a 4th grade teacher and high school track coach when he stepped on stage for the very first time in September of 1984 and he’s never looked back. He quickly rose through the standup ranks making numerous television appearances and headlining comedy clubs from coast-to-coast.
In September of 2018 he surpassed 6000 lifetime performances. In a 34-year professional career there are too many highlights to name them all. He is a past winner of the Las Vegas Comedy Festival and appeared at Caesar’s Palace as part of the HBO Comedy Festival. He has spent the last twelve years as the opening act for the legendary Johnny Mathis and did multiple shows all over the country with the late, great Joan Rivers. He has also been seen in concert with The Smothers Brothers, Smokey Robinson, Little Big Town, Kenny Rogers, Dolly Parton, Lewis Black, George Jones, Glen Campbell, Pam Tillis, Neal McCoy and many others.
All over North America isn’t the only place Brad performs. Brad has headlined in Sydney, Singapore, Hong Kong, The MGM in Macau and did eight nights in Israel as part of the Comedy for Koby benefit. In the fall of 2017 he performed for four nights at Comedy Masala in Karachi, Pakistan. His new CD entitled, “Brad Uptonogood” is heard regularly on Sirius Satellite Radio and is available online wherever music is sold. He also just released his first DVD entitled, “Brad Upton, Live from the 509”.
Writing about everyday life, a long term marriage and anything else that pops into his head, Brad packs more laughs-per-minute into his set than nearly anyone in the business. It’s not all comedy either; he actually has a hobby that keeps him busy every spring. Brad and his wife of 34 years, have a 27-year old son and 24-year old daughter….they are empty-nest, cul-de-sac dwellers.